Meet our Expert Team of Veterinarians at our clinic in Atherton

We are Tableland Veterinary Service, offering equine, bovine, and small animal care in and around Atherton.

You have enough on your plate. Let us take care of the things that matter to you – including the health of your animals and pets.

Contact us today to get a head start in your animals’ optimal wellbeing. We are located in Atherton, QLD. 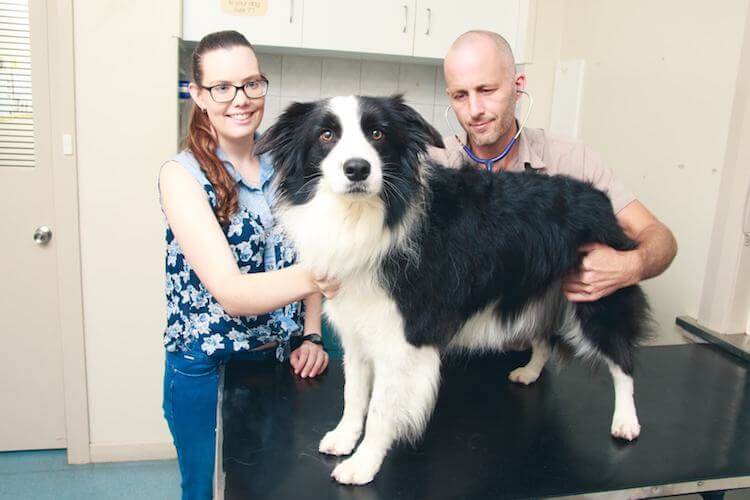 We offer after-hours vet care for small and large animals. Please call our practice phone number outside of business hours and select Emergency. 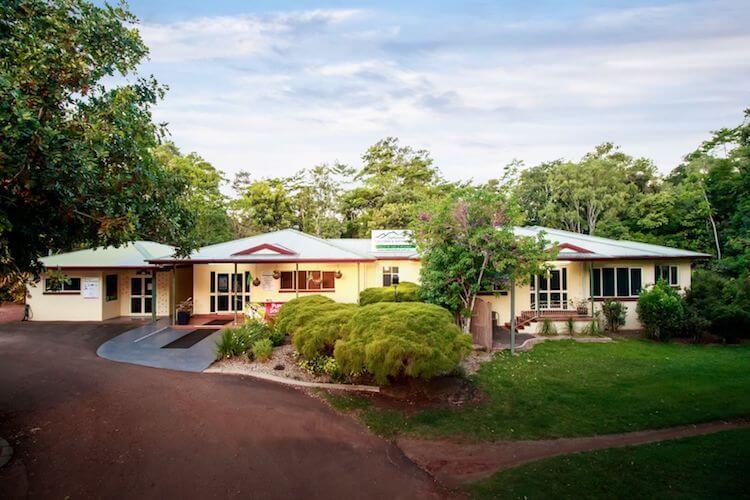 At our Atherton clinic, our focus is to provide a friendly and complete companion animal veterinary service. We focus on your needs and the needs of your pet.

Our friendly reception staff will welcome you and your pet as family, and give the right advice, whether it is to make an appointment with a veterinarian or veterinary nurse, purchase medication or to simply to get advice about your pet’s health.

We collaborate with and support Paris Dog Grooming, in the building beside the clinic. 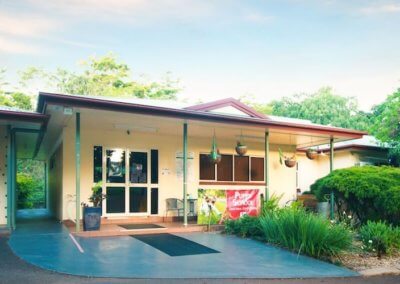 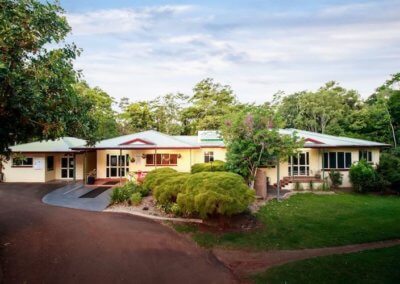 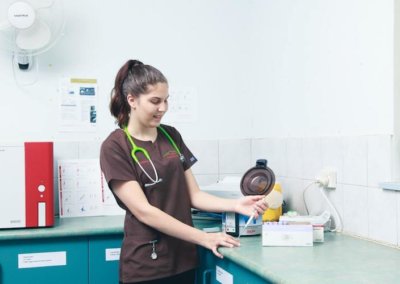 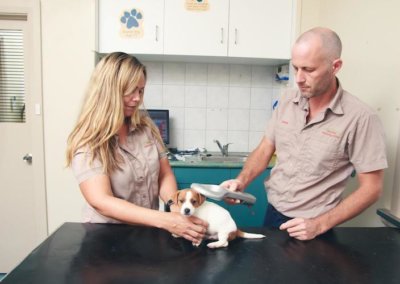 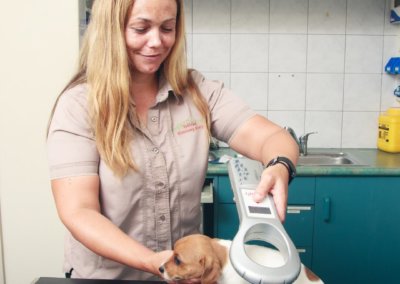 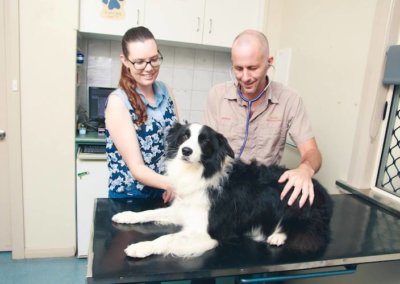 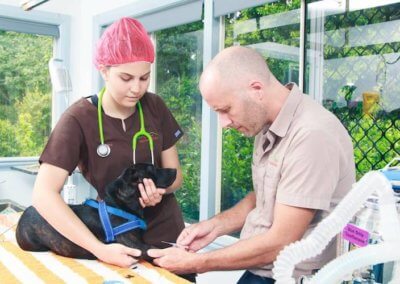 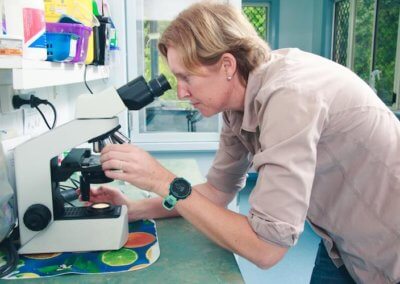 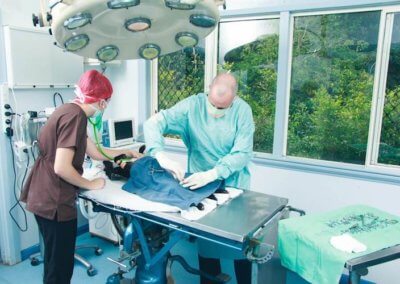 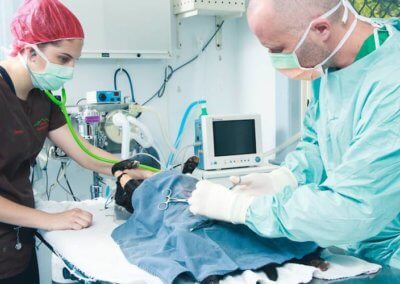 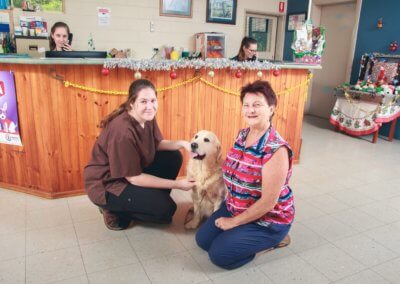 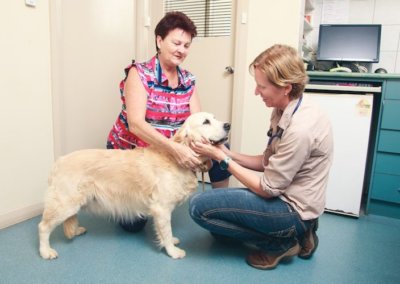 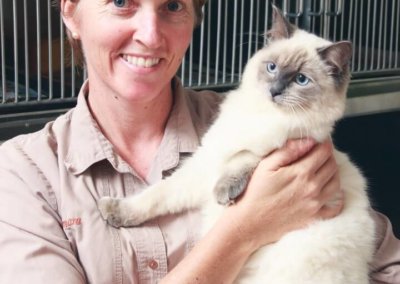 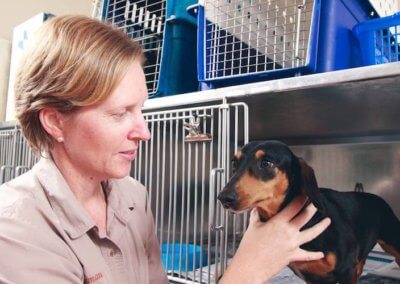 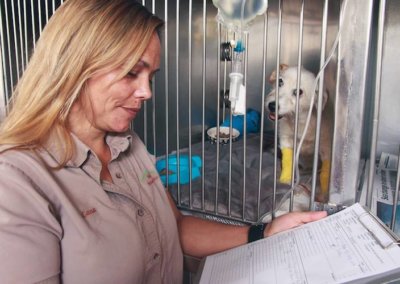 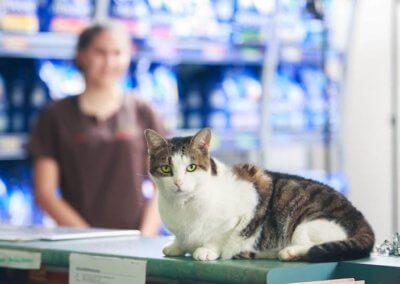 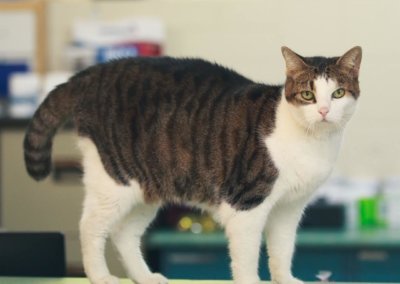 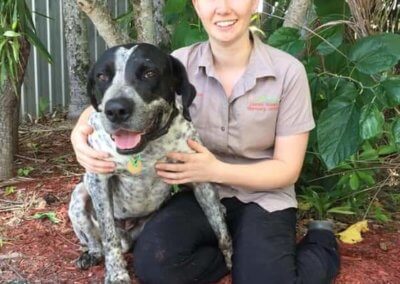 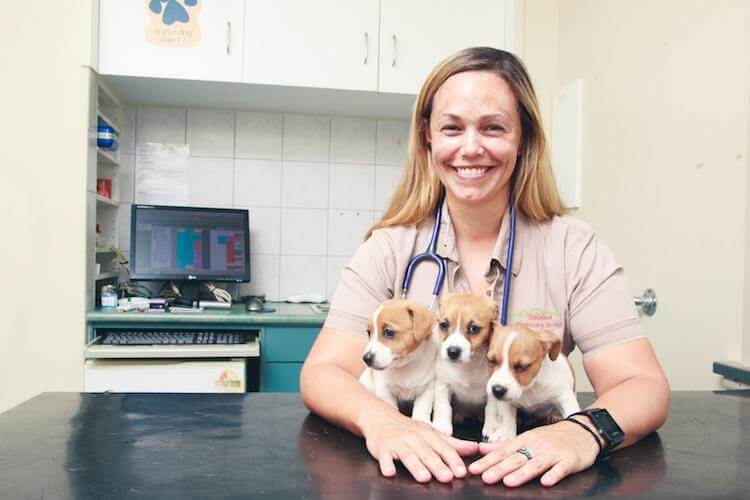 Call us today to book an appointment!

“Great team. With all the latest gear. They have other vets from other clinics send them the specialist cases due to their highly capable people.”

“Tableland Vets have looked after my pets for 25 years and they have always provided great service and advice whenever I have needed them.“ 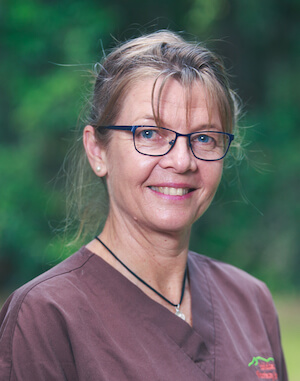 Kay graduated from the University of Queensland in 1986. She worked as a mixed practitioner for many years but her early passion for surgery has now become her main focus.  She has over 30 years of experience and extra training in orthopaedic and soft tissue surgery. She has spent much of the last 8 years lecturing and teaching surgical skills at James Cook University in Townsville. Kay works part time for TVS, performing more complex surgery for TVS as well as for other referring veterinary practices. She enjoys mentoring younger veterinarians, nurses and visiting students. In her non-work time she enjoys living off the grid on a property with her husband, 3 cats and cattle and enjoys mountain biking and staying fit enough to try and out run Frank and Tamara in triathlons and mountain bike races. 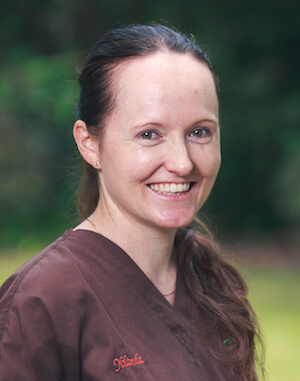 Yolanda Graduated from Murdoch University in 2006 and started at Tableland Veterinary Service in early 2007. She has special interests in ultrasound and small animal surgery and has worked extensively with Kay Eccleshare and Justine Campbell in Atherton. She works part time so that she can look after her three small children, her husband, two horses, chooks, cats and dogs! 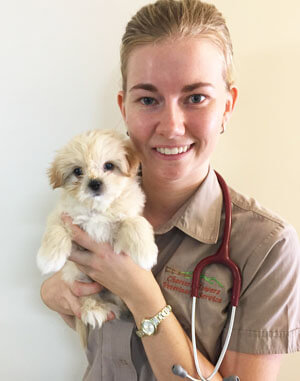 Yvette, also known as Evie, is a local Tablelands girl. She graduated from James Cook University in Townsville in 2016. She has been a member of the team at Tableland Veterinary Service since graduation, working for the first two years at our Charters Towers clinic as a mixed practice veterinarian.

Between working in our Atherton and Edmonton clinics she has maintained a keen interest in small animal surgery and medicine, but it is not odd to find her out of the clinic attending horses.

Away from work Evie enjoys spending time with her fiancé, dogs, cat, bird, chooks and being outside in the garden. 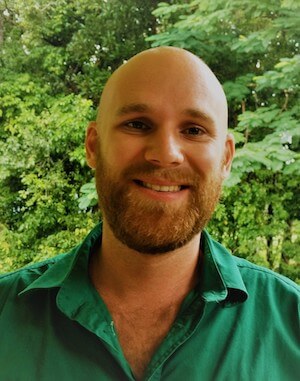 Wade comes from, and is happy to return to North Queensland, growing up in Cairns and Townsville, going to school in Cairns. He took a gap year following grade twelve, then studied Veterinary Science at
James Cook University, graduating in 2013. He then lived in Britain for two years, working in mixed
veterinary practices in England and travelling in Europe. Wade is passionate about maintaining high
standards of veterinary care and client communication. He enjoys the outdoors, hiking, camping and
gardening. 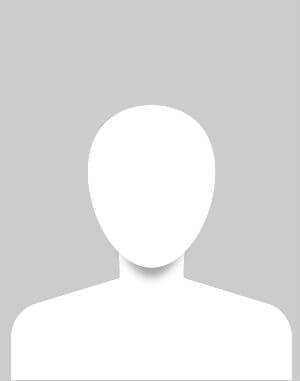 Jason grew up on the Atherton Tablelands between Malanda and Yungaburra, before moving away for a number of years and finishing school in Townsville. After his family moved back to Yungaburra in 1998, Jason went into the family business, studying Commerce at James Cook University and also becoming a chef.

In 2005, Jason went to the UK to work where he fell in love with a vet student before returning to Australia with his now fiancé, Gemma and resettling on the Tablelands. Gemma worked at TVS for 4 years while Jason continued working as a chef and managing Eden House in Yungaburra.

In 2010, Jason and Gemma moved to SW Victoria, where Jason changed career track and became Practice Manager of a large dairy and mixed practice veterinary clinic in Warrnambool. Over the next 9 years, Jason undertook further studies, obtaining his MBA through Deakin University and finishing his Chartered Accounting studies while working in a number of senior management roles in large veterinary businesses.

Jason and Gemma, with their two daughters, Georgina and Emily, returned to the Tablelands in 2020 to be closer to family and friends while they raise their family. They have two naughty Jack Russells – Cricket and Socka – and a tortoise shell cat called Magoo.

Jason is our Practice Manager at Atherton and Human Resource Manager for TVS. He has a keen interest in creating a positive workplace and developing people, and in his spare time, loves trail running and cooking for friends. 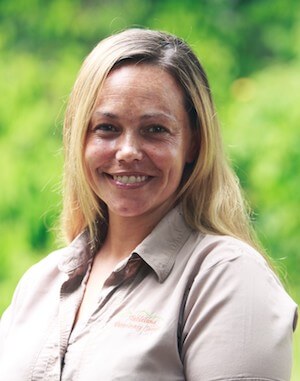 Lana grew up on a sheep and cattle property in the Barossa Valley, South Australia. When she left school, she worked on the family farm, before coming to the Atherton Tablelands in 2,000. She then worked in a plant nursery in Atherton and began working for TVS in 2004, as veterinary nurse and receptionist. Lana enjoys family time, motor bikes, hunting, fishing and camping, and her bubbly personality makes her popular with clients and keeps all the staff happy and laughing. 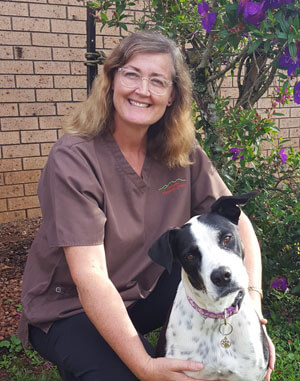 Monika grew up in the Lockyer Valley,SE Qld on a small hobby farm. After finishing grade 12 she went to the University of Queensland campus at Gatton to complete an Associate Diploma in farm management specialising in Apiculture (bee keeping). This lead Monika to work as a bee keeper and Queen bee rearer for 6 years which saw her travel as far as Quilpie to care for hives there.

Marriage, 3 children and work commitments led to travels as far south as Griffith and Tasmania. However she finally settled in Yeppoon Qld where she worked in a plant nursery. However for the last 7 years Monika worked as a veterinary nurse and veterinary receptionist in Yeppoon where she had the responsibility of running the surgery and puppy pre-school classes while she completed her certificate IV in veterinary nursing.

Becoming “empty nesters’ left to a life style choice of relocating to the beautiful Tablelands where she enjoys walking her dog, gardening, baking, bushwalking and looking after her bee hive. 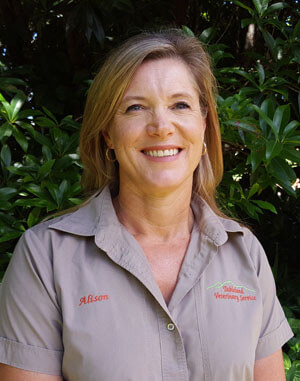 Alison grew up in Melbourne & after leaving school, worked in the legal industry before moving with her husband & family to Cairns in 2001. Having owned a farm on the Atherton Tablelands since 2004, she & her husband decided to make a “tree change” a couple of years ago to their farm on Lake Tinaroo after their youngest daughter finished school.

A mother to 3 daughters(one of whom is a veterinarian), all now living in Victoria, Alison fills her time helping her husband on the farm breeding stud Shorthorn cattle. When time permits, she also enjoys water skiing, reading and interior design.

Alison started at TVS in 2018 and enjoys the varied role of a receptionist, interacting with clients and staff.